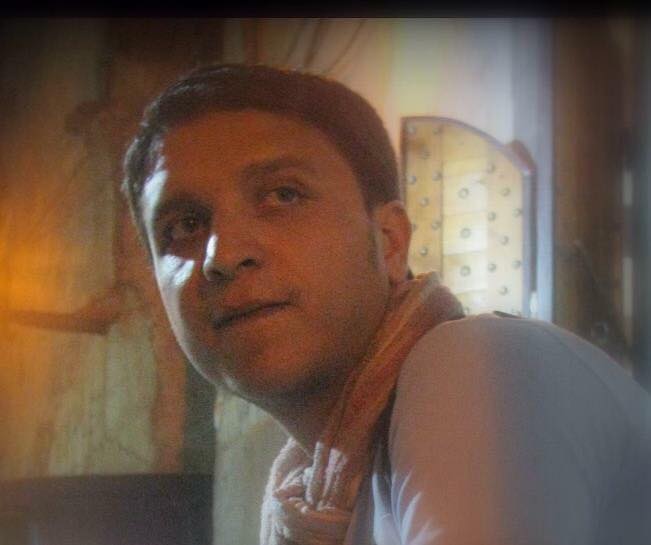 Justice for Life organization met Mr. Fayyad Al Asker on October 23rd, 2017, the father the victim Mohammad Al Asker who was executed by Syrian Security Forces on September 27th 2012 following the storming of Al Joura and Al Qusour neighborhoods and committing a massacre against large number of civilians. Fayyad narrates the details of execution of his son.

Mohammad Fayyad Al Asker, aka Sham Al Deir ( Sun of Deir Ezzor ) is a young man who was born in 1986. He was a graduate of electrical engineering department in Aleppo university and an MA student. He was a civil activist since he was a college student. Mohammad was one of the first participants in peaceful movement against the authorities in Deir Ezzor province in March 2011. He worked in media and relief sectors. He prepared media reports and worked in distributed financial support to the vulnerable families in collaboration with other activists. He founded Harakat Shabab Min Suria ( Movement of Young from Syria) and Tawk al Yasamin maganzine ( Jasmine Collar ). He did not leave Al Qusour neighborhood towards Armed Opposition Factions ( Free Syrian Army) held areas, except for one day when government forces stormed the neighborhood as he feared to be arrested for military services. Then, he went back to the neighborhood of Al Qusour.

The government forces, including the Republican Guard, gathered in Al Tala’e Camp. The forces numbers were estimated at thousands. These forces were supported with a large number of heavy machines such as tanks, armored and military vehicles to storm the neighborhoods that were controlled by Armed Opposition Factions (Free Syrian Army) along with the neighborhoods that were already controlled by government forces in order to convey a bloody message to the opposition factions and to shut any voices that demand change in Deir Ezzor. This was confirmed by many people who were interviewed by JFL in the report of the Forgotten Crime, which talks about the massacre that took place in Al Joura and Al Qusour neighborhoods in September 2012.

The Detention of Mohammad

Fayyad Al Asker talks about the storming of their house ; “ Our house is located nearby Hawd Al Furat residences in Al Qusour neighborhood. The government forces stormed our house and checked it ion September 26th 2012. Mohammad headed to Al Hameedia neighborhood, which was held by armed opposition forces, fearing from being arrested for military service. Mohammad came back to Al Qusour neighborhood in the next day due to the extensive shelling by government forces on the neighborhood of Al Hameedia. On September 27th 2012, we headed to our neighbors house nearby Hassan Al Atra School in Al Qusour neighborhood as their house was already checked by government forces. After fifteen minutes, the house was stormed by members of government forces along with people who wear casual clothes, who are members of military security. The militants arrested three young men along with beating and insulting them. They forced the elderly to lay on the ground. One militant burned my clothes, I put it out and he again burned it. The militant stole from me an amount of 82000 SYP, which was allocated to buy children milk. They put women in the basement of the house. The army militants beaten me fiercely and broke two ribs. Now, I cannot hear with my right ear due to beating”.

Fayyad says that he does not know why did the government forces checked a house that was already checked and stormed the house following our arrival in fifteen minutes. Fayyad thinks that somebody gave information to the army militants and security members that I arrived with my son Mohammad along with other young men.

“ At 06:00 PM as government forces left the neighborhood, we exited and found two of the young men who were arrested, Ahmad and Amjad Darwish, were killed along with my son Mohammad on the ground” Fayyad adds. The father thinks that security members who arrested his son and put him in the vehicle, killed and threw him. “one of the soldiers told me that my son was arrested by military security. It seems that they killed him and threw him from the vehicle “.

Burying the Son was Not an Easy Action

Fayyad talks about the conditions of burying his son and other young men “ We intended to bury them in Al Ba’aj park, but we could not as there was a sniper who targets anything moves. We decided to bury them in a park nearby Hawd Al Furat residences. We buried three of them in one grave after we washed them. We moved my son on a vegetable wagon. The gravestone maker did not put a gravestone for them as he was ordered by military security to do so. Later on, friends of Mohammad put a gravestone on his grave”.

Fayyad says “the head of municipality ordered me to move the body to the official grave yard, which is located in front of the Criminal Security Department, but I refused as I do not know anything about that cemetery”

They Arrested Me Due to Death Declaration of Mohammad

Fayyad says that he received condolences in Al Mistaha village in the western countryside of Deir Ezzor on September 28th . Security forces stormed his house in Deir Ezzor city. After two years, Fayyad was arrested. He says “ in the beginning of 2015, I went to Deir Ezzor city to get a death declaration. I wrote on the declaration that the reason of death was gunshot by unknown source, and in case of realizing the perpetrators I will proclaim myself as claimant. The death declaration was based on the police record that states that Mohammad was killed by a gunshot by unknown source”.

“Based on the death declaration, I was arrested by Political Security department in Deir Ezzor. During the investigation session, I was asked why I did not declare that my son was a terrorist. I have not been tortured during detention. I remained for 37 days in the Political Security department, then I was moved to the civil prison in Deir Ezzor for ten days. I have been brought before the court by the charge of providing the state with false information. I was released following appeal.”